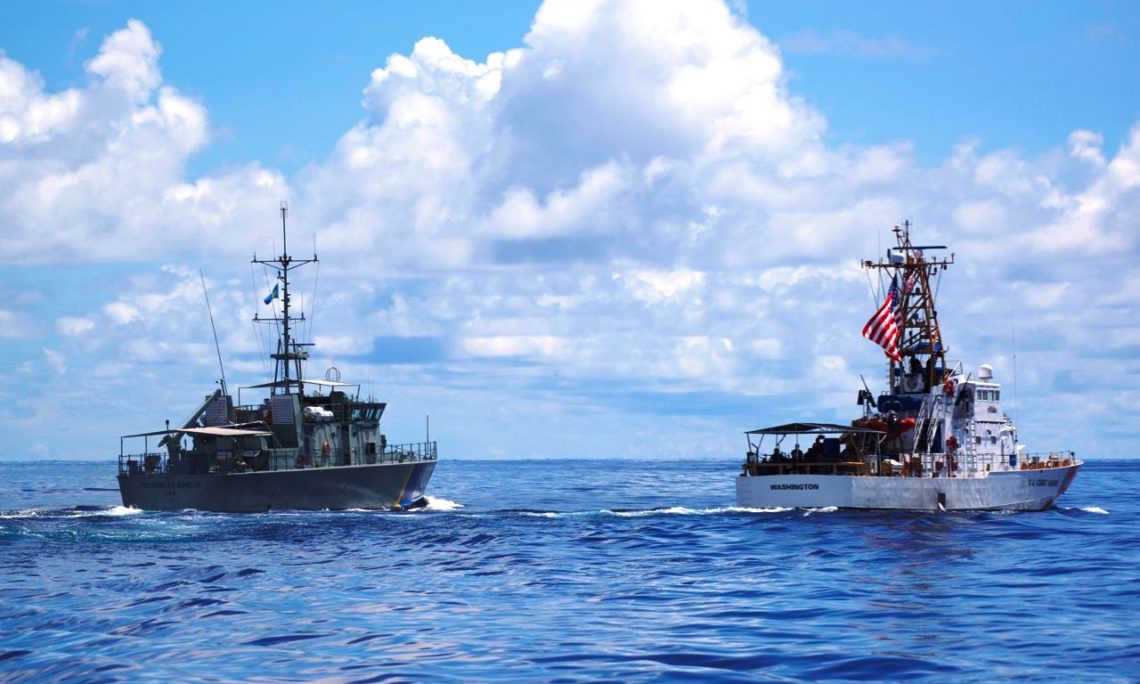 The meeting was facilitated by the U.S. Defense Representative office for FSM and ROP. Upon reviewing case studies of increasing IUU boats from South East Asia and South Asia caught illegally fishing in the FSM and ROP economic exclusion zones, the delegations forged an understanding of IUU emerging issues and a process for collaborative short and long term solutions. The delegations committed to strengthening their partnership and seeking to expand regional partnerships in combating IUU violations in small island nations.