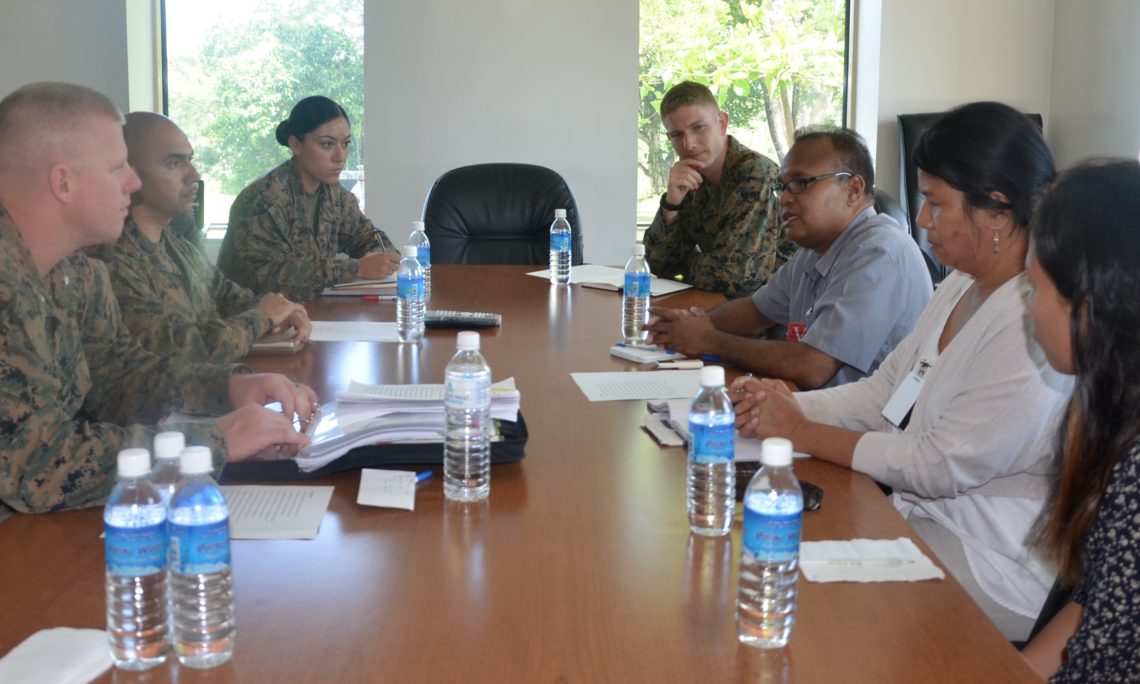 U.S. Marines and Sailors with U.S. Marine Corps Forces Pacific and U.S. Pacific Fleet are participating in security cooperation events with several partner nations in the U.S. Indo-Pacific Command area of responsibility while embarked on the USNS Stockham (T-AK 3017) from October to December 2018 as part of Task Force Koa Moana. The task-organized U.S. maritime force conducted multilateral exercises and events in French Polynesia, and will continue to conduct events in Vanuatu, Palau, the Federated States of Micronesia, in addition to Northern Mariana Islands, a U.S. commonwealth. “Koa Moana” is a Hawaiian phrase meaning “ocean warrior.” The task force’s continued multilateral engagements are designed to strengthen and enhance relationships among the United States and partner nations in the Indo-Pacific and South Pacific regions. Koa Moana promotes regional security and stability, and improves interoperability between security establishments by preparing to respond effectively to crises, and maintain a flexible and effective maritime force in readiness.