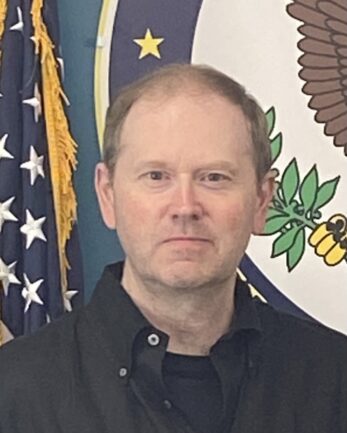 Jim Boughner is currently serving as Charge d’Affaires ad interim at the U.S. Embassy in Palau.  His most recent assignments include Political-Economic Minister Counselor in Moscow, Economic Minister Counselor in Berlin, Economic Counselor in Cairo, Deputy U.S. Senior Civilian Representative at Regional Command–North in Mazar-i-Sharif, and Economic Counselor in Kabul, Afghanistan.  Jim was Consul General in Chengdu, China from 2006-2009.  His other overseas postings were as Deputy Economic Counselor in Baghdad, Deputy Chief of Mission in Dushanbe, Human Rights Officer in Minsk, Finance and Labor Officer in Beijing, Export Control Officer in Tokyo, and Consular Officer in Guangzhou.  Jim also served in the State Department’s Nuclear Risk Reduction Center.  He is a graduate of Georgetown University with a degree in International Finance and Asian Studies.  A career member of the Senior Foreign Service with the rank of Minister Counselor, Jim joined the State Department in 1989.  His languages include Chinese and Russian.  He is married to Nancy Corbett, who previously served as U.S. Consul General in both Alexandria and Hamburg.