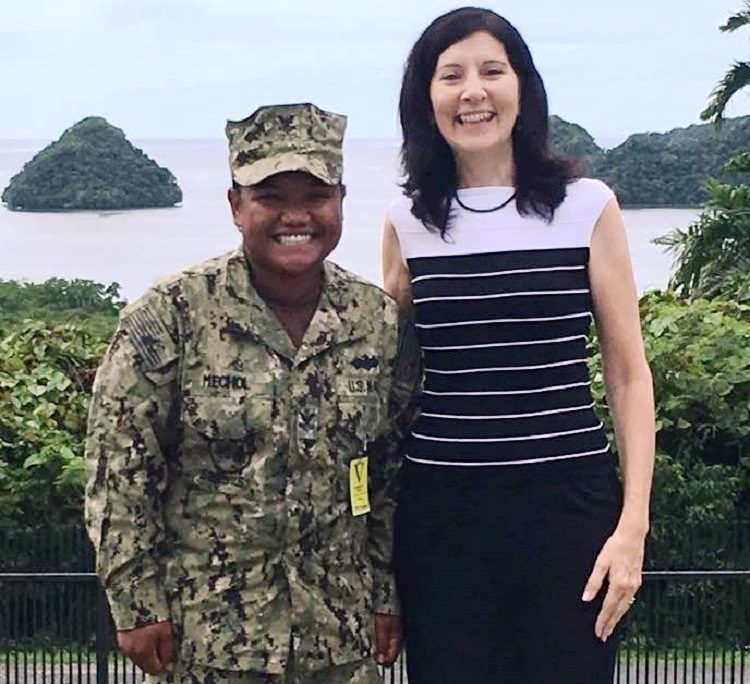 International Women’s Day, March 8, 2017, celebrates the many contributions and achievements of women around the world. Here in the Republic of Palau, women have always stood as pillars of society and are empowered to protect the foundations of family, tradition, and culture. A woman’s contribution to Palauan society are highly valued. Many women have ventured outside of Palau to seek higher education or job skill training opportunities.  The US Military is an important career option for Palauan men and women, helping to build skills in key fields including Science, Technology, Engineering, and Mathematics (STEM). Palauan service members bring these skills home with them to help build a better and brighter future for Palau. The US Embassy Koror reached out to Palauan women in the military for International Women’s Day, and received almost 70 replies, from active and retired service women who requested to be recognized.  These women represent all four branches of the United States military, Army, Navy, Marines and Air Force. The US Embassy is proud to recognize and honor every one of these Palauan women who have made, or are still making a difference every day in the US Military, serving alongside US service members around the world.  Richelle Mechol, E02, with the U.S. Navy Tiger team stationed here at Camp Katuu in Airai, will be the featured guest on WWFM Radio 89.5 or Local TV Channel 26.  Richelle will be talking about her experience as a Palauan woman in the US military.  Richelle’s experience in the US military has been life changing and has strengthened her confidence and belief as a young Palauan woman, that no matter what your dreams are you can achieve them if you just believe in yourself.  #BeBoldForChange

Honoring Palauan Women in US Military#BeBoldforChange