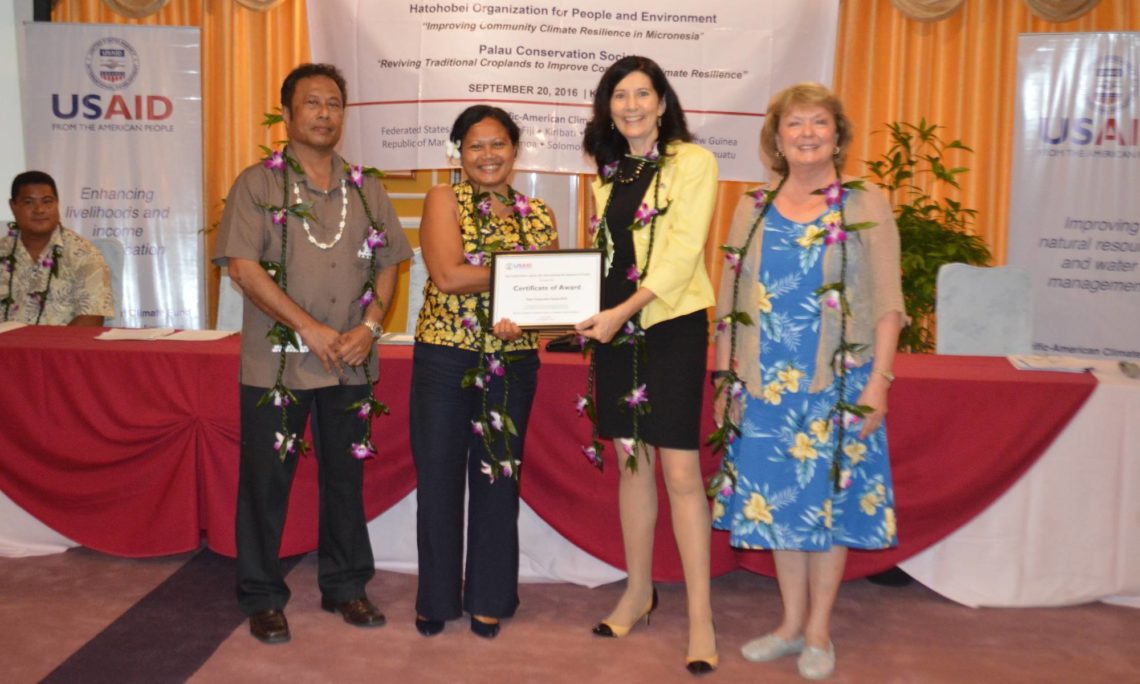 HOPE will implement the Improving Community Climate Resilience in Micronesia project that will enable remote communities on the outer islands of the Republic of Palau and the Yap islands of the Federated States of Micronesia to participate in climate change adaptation activities, by customizing existing adaptation assessment and planning tools to these communities’ needs.

U.S. Ambassador Amy J. Hyatt, who led the launch of the projects together with the President of the Republic of Palau H.E. Tommy E. Remengesau, Jr., reaffirmed the American people’s commitment to the well-being of the people of the Pacific Islands. “President Obama has called this century the Pacific Century and under his leadership the United States is building on its long relationship with the region,” Ambassador Hyatt said. She added, “The initiatives we are launching today build upon our strong ties as we promote a hopeful future for the people of Palau and Micronesia—a future where all will be ready to face the adverse effects of a changing climate.”

HOPE is a non-profit organization based in Palau that works to promote the Hatohobei community’s culture, education, social, and ecological welfare through grassroots as well as capacity-building activities.